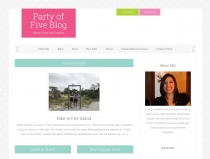 A Night with The Harlem Globetrotters

Gravity defying tricks, laugh-along comedy for kids, and a family friendly atmosphere are just a few of the perks of attending a Harlem Globetrotters game on their current World Tour.

This was actually the first time that I had ever attended one of their shows, and I have to say, it was such a fun night. There is certainly a reason they have been popular for almost 100 years- the showmanship is incredible and the athleticism is astounding. Their tour schedule includes over 300 games in the United States and Europe, so there’s sure to be one near you.

On a frigid night in late December we attended the show at Nassau Veterans Memorial Coliseum. Although it was freezing on the night we attended (15 degrees!), as soon as walked through the doors the vibe was warm and friendly.

As a mom, the first thing I noticed was the numerous opportunities for kids to participate in the show. This is not a stay-in-your-seat event. The crowd warms up with popular music and a few jokes. With Beyonce blaring, we were dancing in our seats! The first part of the show was part slap-stick comedy spectacle and the first half of the game against the Washington Generals. The comedy is designed for kids, but elicited huge laughs from all the adults, too.

At half-time ALL of the kids were invited down to the court area to practice their dribbling and basketball skills. They appeared to have enough balls for all the kids and it was great to see all of them out there together.

The second half of the game was even more entertaining. First up was the Slam Dunk Competition. Wow. Doing flips and jumps to get their dunks in, the players made some amazing shots. Shortly after, all kids were called to the floor to dance to the YMCA. Then came my favorite part. As they started playing, the ref called for an instant re-play and instead of showing it on a screen, the Globetrotters acted out the replay backwards and in slow motion. Next, they did it again in fast forward! Some cool choreography came into play and it was evident that these athletes are much more than basketball players. Also, it was a refreshing reminder that screens and technology will never take the place of a live show. We were all in awe after that portion of the show, but we could tell the fun was coming to a close.

It ended with the Harlem Globetrotters beating the Washington Generals and everyone in the crowd on our feet cheering! It is clear to see why this show has stood the test of time and this will definitely be a yearly activity for our family.

I definitely recommend attending one of their amazing shows. Readers of my blog will get 25% off tickets using the code FUNFAM. Check out my Instagram photos of our fun night for more!

A little background to this story is that I occasionally work with USFamily Guide to bring information to readers about family fun activities in our area and when this opportunity came up, I jumped at the chance to work with the Globetrotters!

Thanks for stopping by the blog today! Be sure to check out more posts about family fun and our crazy Party of Five;-)

Leave a Comment
submit a review Join our blog team

Proud Member of The US Family Guide Network